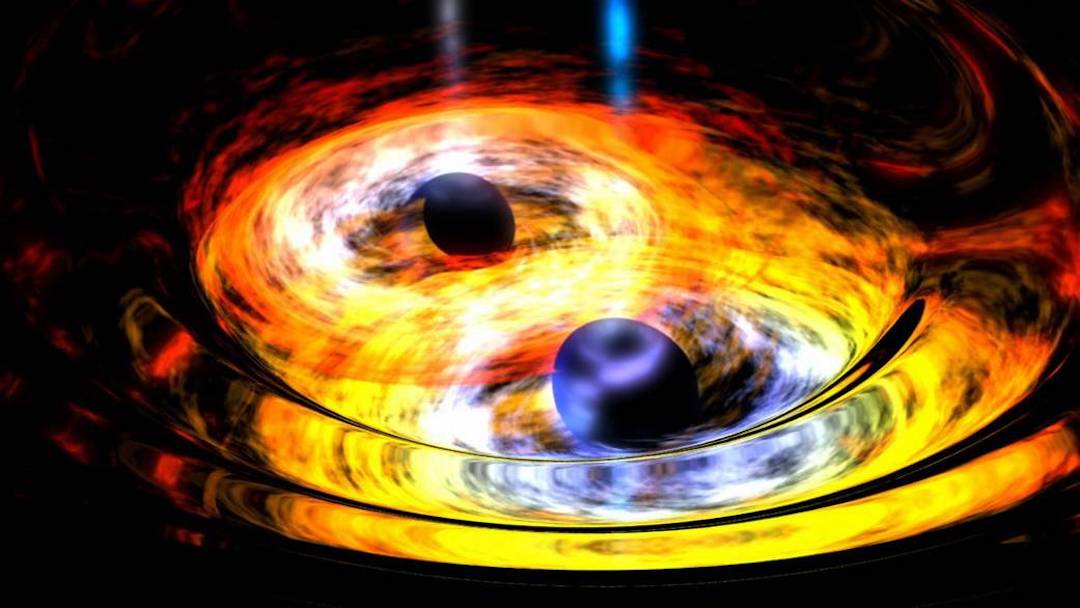 A pair of supermassive black holes are hurtling down a path towards each other after an unstable source of light is spotted in one of the galaxies a billion light years away.

The Galaxy SDSS J1430+2303 was under observation by a team of researchers from the University of Science and Technology in China, led by Ning Jiang, who noticed the unusual light activity at the center of this ancient cosmos. The findings were published in Astronomy & Astrophysics.

Black holes colliding is a fascinating cosmic event whereupon crashing into each other, neither will be able to escape the other’s gravitational pull, thus forging an even greater void.

Gravitational waves emitted by these supernovas’ shocks are usually what alert scientists on Earth to their existence.

Though, due to the nature of the signals sent out by these intense masses, it’s hard to exactly pinpoint just what is happening inside of these galaxies.

These black holes are assumed to carry a mass of 200 million suns within them and are bound for each other in as little as three years’ time if the study is further proven.

Major intergalactic episodes such as this don’t come often and it would be an awesome thing to witness.

The team utilized X-ray wavelengths to solidify their findings. Over a period of 200 days, the galaxy was observed closely. While there were oddities in the X-ray light being cast from J1430+2303, it was not enough to completely consolidate the findings.

As such, the study remains inconclusive. However, those on the team have called for close attention to galaxy SDSS J1430+2303, as even if it is not a cataclysmic event of two black holes coming together, something is definitely happening at the heart of this nebula.

[via ScienceAlert and Astronomy & Astrophysics, cover image via NASA]